Passive Income Opportunities to make money while you sleep 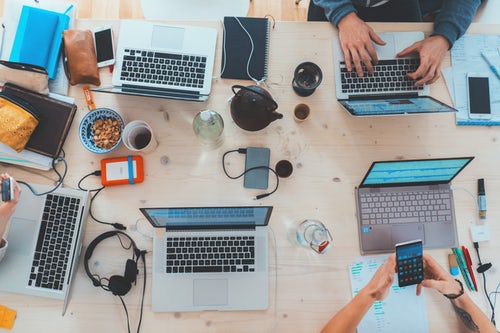 “How can I get more Pinterest followers?” You may be asking yourself, and I’m guessing that’s how you landed on this page.

Well, you are in the right place.

When I started pinning on Pinterest in June of last year, I had slightly over 100 followers.

I used to look at that number and wonder how other bloggers, in my niche (whom I stalked a lot by the way) were having such huge followings.

I studied their accounts and implemented every little thing they were doing to get all those Pinterest followers.

I’ve got to admit, it wasn’t easy at the beginning but everything fell into place once I understood what needed to be done.

So, read on to find the exact steps I took to get to 9.8k Pinterest followers!

I’ve started with niche boards because they have contributed a huge deal to my Pinterest success. After spending weeks applying to group boards, only 5% responded to my polite requests. And to be honest, the fewer that responded weren’t any good.

I placed the right keywords in the description section and pinned third party pins that were performing really well on Pinterest. After that, I started pinning my own pins using the Tailwind scheduler.

Tailwind is such a huge time saver for me. I’m able to pin at optimal times on Pinterest without lifting a finger. I will discuss further this awesome Pinterest scheduler in the next point. But in the meantime, get your FREE Tailwind account over here and see how awesome it is!

Nothing happened the first few weeks but a month later, I was singing a different song.

I’ve also noticed that whenever I schedule pins to my personal boards, they perform way better than the pins I place on group boards.

See the two images below to understand what I mean.

As you can see above, one of my pins was saved to 129 boards in one day. The Smart Ways to Make Money is my own board.

Work From Home Jobs Hiring Now is also my personal board. That pin got saved to 55 boards in one day.

Each board has an owner. If we were to assume that each board owner followed me on that particular day, I would have gained roughly about 184 followers.

Do you now see how powerful niche or personal Pinterest boards are? You absolutely have got to try out this strategy.

Like I mentioned earlier, Tailwind is such a huge time saver for me. It allows me to schedule my pins at optimal times (when my readers are most active on Pinterest) in a matter of minutes.

Tailwind has lots of good features but I’m going to talk about the two that give me the highest return on investment.

When you first join Tailwind, it will give you a generated schedule to work with. But after a while, they will give you suggestions on the best times to pin depending on how your readers interact with your content.

My peak times start at 12:20 AM till 11:50 PM my time. Now, these are just my results and yours could be different depending on a number of things like time zone, the type of content you share etc. But, you get a general idea.

When creating the schedule, you can also add time-slots manually. If your schedule has been created and you feel that you want to add extra timings you can do so using that “Add Time Slot” button.

You also get to decide the number of times to pin per day. As you can see in the image above, I pin 55 pins on Monday.

I normally encourage beginners to start with 15 or 20 pins per day then increase the number as you go along. You want to give Pinterest time to engage with your content so that they can show it to the right people. So fewer pins are recommended at the beginning.

Read More: How to Skyrocket Your Blog Traffic Using Tailwind

Board lists is a Tailwind feature that allows you to batch your boards together so that you are able to schedule one pin to multiple boards all at once.

Let me show you this in action.

As an example, I have a new pin that I created this morning and I want to schedule it out to the Post Launch Campaign board list for the next couple of days. See how I do it.

If I click on a post-launch campaign, this pin will be set to go out to those 25 boards at the intervals that I choose. It could be 3 hours, 6 hours or even 1 day.

Pro Tip: You need to space out your pins using longer intervals so you don’t come off as spammy. This also gives Pinterest a chance to get to know your content better and serve it to the right audience.

Now, this is a biggie, really. And not just on Pinterest, whether it’s Facebook, Twitter or Instagram, eye-catching images win the race every single time. Remember, we humans are visual creatures. We love bright colors that catch our attention.

So, let’s look at how eye-catching pins helped me on Pinterest.

When I got started, my pins were terrible. I mean, we’ve all got to start from somewhere, right?

I did a lot of trial and error and wasted a lot of valuable time but I also started understanding how Pinterest works.

Pinterest ninja courseI bought Pinterest Ninja course written by Megan Johnson and also got How to Make $1000 on a New Blog by Saranya Ramanathan.

I have to say that these two blogging resources brought out my creative side, and I allowed me to discover the design skills I didn’t know I had.
know Saranya’s ebook is about blogging but she has a chapter on creating Pinterest pins that get the clicks. I highly encourage you to get her ebook and read more on that section. You will thank me later!

As you can see, the picture on the left got me 0 saves and 0 clicks but the picture on the right was saved 3000 times and got me 5k clicks to my website. Creating pins that get the clicks should always be part of your Pinterest strategy. Otherwise, you’ll lose the Pinterest game even before you get started.

The tool that I used to create these beautiful pins is Canva. Canva is a free design tool that you can use to create pins, templates, printables etc. They also have a pro version but I’ve never seen the need to upgrade. Perhaps, in the future.

WHAT TO FOCUS ON WHEN CREATING PINS THAT CONVERT?

Starting a blog is one of the best ways to make money online because you can monetize it in many passive income ways.

For example, these are common passive income channels that bloggers use to monetize their blogs: affiliate marketing, advertising and selling digital products.

Recommended: How to monetize a blog and How to build a blog from scratch with zero coding expertise.

But remember, Pinterest has come out strongly and said that anything above 1260x will be cut off. Meaning, anything on your pin below 1260x won’t be shown to anyone. So stay within the required pin ratio.
My advice for you is to keep experimenting. Create a few pins with 600 x 900 and then also create pins with 735 x 1260. Observe them for a week or so, then see what works best for you and stick with that.

Similar to a blog, creating a YouTube channel is very easy, especially if you have a smartphone.

There is a high possibility of making money on this platform because it is the second largest search engine in the world.

The images you use for your pins are just as important as the font and the pin size. If you are a mom blogger, for example, and you take pictures of people drinking beer as your pin images you won’t get much traction from Pinterest. I know you can’t go to such extremes but you get the idea.

The images you use must relate to the topics you write about. I wrote a detailed post on the 23 best places to find free, feminine-styled stock photos for female bloggers. Check that post to find more appealing images for your blog.

Your profile is a great place to include keywords related to your niche. Identify 3 to 5 keywords then strategically place them in the profile section.

Pinterest only gives you 160 characters to come up with a title and a short description of who you are and what you can offer your readers. You need to be short and sweet but still, tell your readers what to expect from you.

Let’s have a look at my profile.

As you can see, I write about work from home jobs and make money online opportunities, then I throw in some blogging tips. And that’s exactly what I wrote on my profile. If people search for work from home jobs or make money online opportunities, my profile will show up in the search results. And this is a faster way for people to find me and follow me without much effort.

A few months ago, Pinterest group boards were such a huge deal, and they still are. Please, don’t get me wrong. If you are new and just starting out, you need group boards to give you the much-needed push. Your pins will be seen by a lot of people.

If a board has 20k followers and you share your pins on that board all those people will get to see them. The problem is getting accepted to good quality boards.

And then also, Pinterest came out a while back and said that they were devaluing group boards. For now, they are still effective but they might not be for long. So, if you still have the chance to maximize them.

Do you want to get paid for writing? 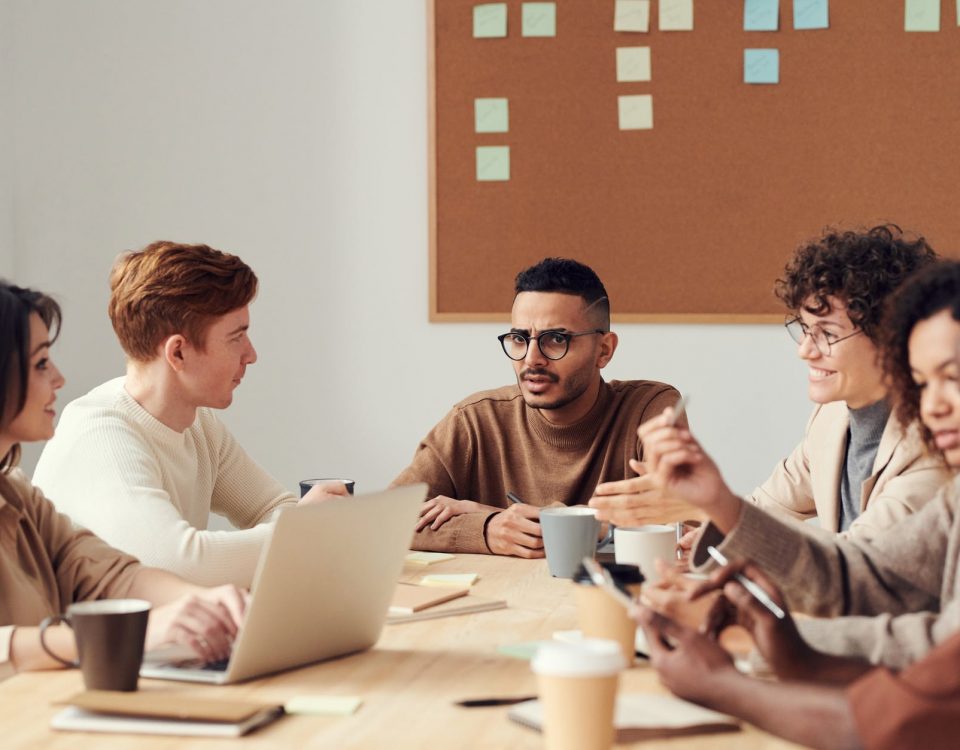 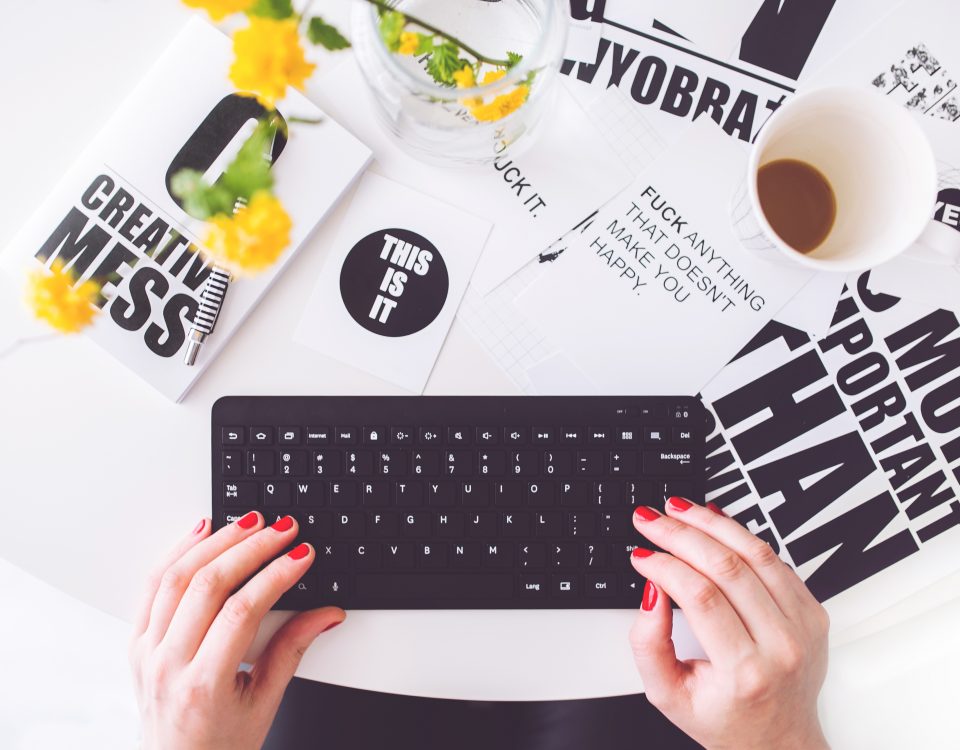